We continue our exploration of the fake news world in the country rich in cultural, fashion, religious, and political events. Thanks to widespread misinformation, the people of vivid Italy struggles to keep up with continuous happenings in their spirited cultural and societal life.

Only 29% of the Italian population reports that they trust the media (Newman, Flethcer, Schulz, Andi & Nielsen, 2020, p.75). The reason lays primarily in political influence on journalism in form of corruption or either aggressive forcing. To illustrate, there are cases in the pre-election period in 2016. Italy was shaken by a shocking story about a 9-aged Muslim girl being raped by her 35-year-old ´husband´. In addition, photographs of a Democratic Party member, Maria Elena, joining the funeral of mafia boss Salvatore Riina were circulating across the country. The news, however, was fake, but not for no sake. As it was never completely clarified who stands behind the ideas, it is reasonably believed that political propaganda was in action for once again, this time to advocate attitudes against immigration and to harm the reputation of political rivals. Recalling that the news was published in the pre-election period, everything does add up.

Therefore, it makes sense that the most trusted media brands are those that are least associated with political parties and organizations.

According to Matteo Renzi, a party leader, social media, especially Facebook, has a crucial influence on democracy in the country. Interestingly, his statement leads to a decision from Facebook to create a special 1-month program for Italian users in 2018. The program worked as a debunking system that would receive reports of fake news from users and then deliver it forward to working professionals situated in Italy. They would not only check the truthfulness of the news but also write an accurate version if the initial one was proved to be fake. The result showed up two years later – in 2020, Facebook was the second most trusted and favored social media channel in Italy, winning the trust of 75% of Italians. To compare, Twitter was trusted by merely 18%.

However, Italy´s struggle with rampant misinformation is ongoing and the country started to show efforts not only to suppress the spreading of fake news but also to educate the people to recognize and distinguish between real and fake ones. With that aim, some experimental projects on media literacy are brought into being and hopefully, will be a stepping stone in boosting Italian media quality.

Let us recall how severely Italy was affected in the first months of the COVID-19 pandemic. General public panic and uncertainty created an environment ideal for generating and spreading fake news. Not surprisingly, the news was usually made in a way to increase already overwhelming fear and panic at citizens. The pandemic may leave Italy with a lower rate of trust in media than it was before the pandemic.

Nevertheless, even if it does not happen, there is still a need for fighting the spread of misinformation and increasing media literacy to provide Italian residents with the deserved right to accurate news.

Finally, let us take a look at instances of fake news that have been encountered by Italian people in the recent period. 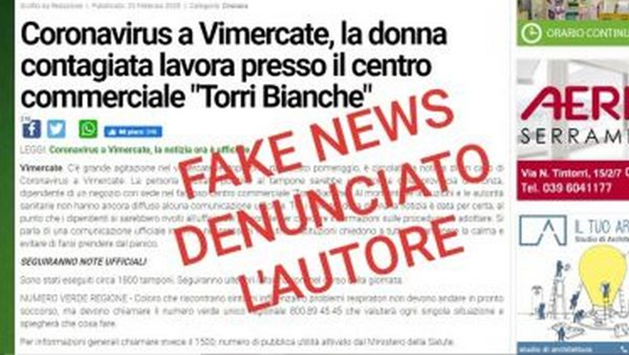 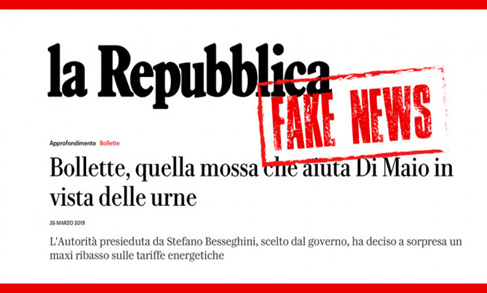 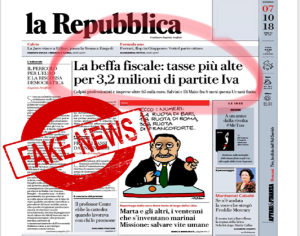 „Bills, the move that helps Di Maio in view of the ballot boxes.“