Birthplace of the Roman emperor Constantine the Great, the city of Niš still embodies the combination of exotic East and elegant West. 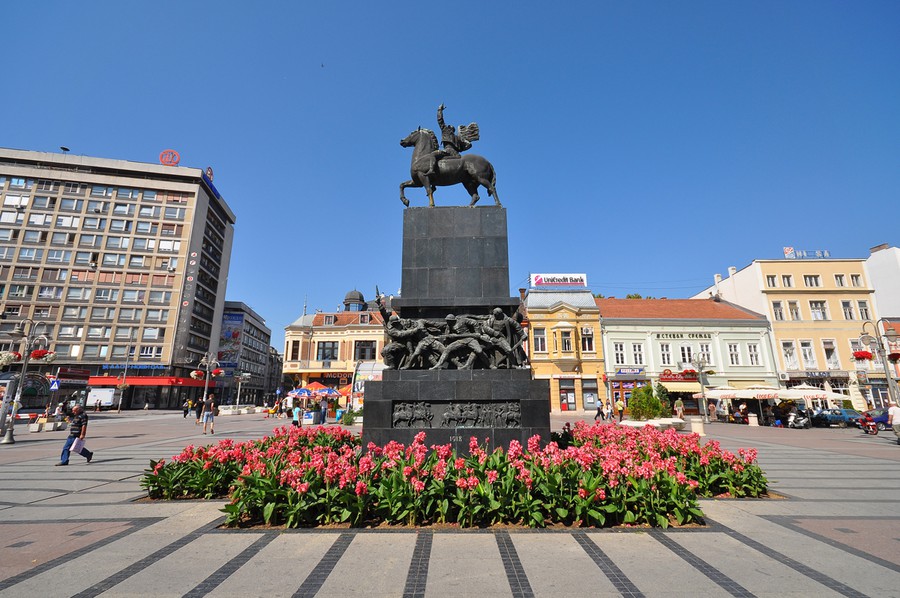 Today a modern tourist centre with museums and historical sites that are on European must-see maps, the Serbian city of Niš has been a gate connecting the East and the West ever since it was established. Even nowadays, driving down the roads through Niš is the shortest way to reach the Middle East from Europe, or cities like Sofia and Istanbul from Vienna, Budapest or Prague.

This route has been called “Carigradski drum” (The Road to the Emperor’s city ie. Constantinople/Istanbul) since the Middle Ages. In its rich history, Niš was even the birthplace of a great emperor.

There was always something magical about Niš. Exotic and mystical East and reserved but elegant West are nowhere so well reconciled as they are here.

During the day you can visit its numerous museums and sites of great historical importance, like the Mediana archaeological site (remains of a luxurious Roman settlement), the Niš fortress (best preserved Ottoman fort in this part of the Balkans) or “Ćele kula” (“The Skull tower“, a unique structure built by the order of the Ottoman Hursid pasha using the skulls of Serbian soldiers killed in the Battle of Čegar during the First Serbian uprising), and then, by night, listen to some music at Nišville jazz festival or watch a movie at “Filmski susreti” (Cinematic meetings) film festival.

It was the Celts that have named this old city, and they did it after the river Nišava that still runs through it. In their language, its name is Navissos – the Fairy’s river.

According to one of the legends about the foundation of Niš, it was built “in time before history” by the rocks brought from a nearby Humska čuka (the Hilltop of Hum). But the most glorious in the city’s history was the Roman period.

During that time, Niš was a major cultural, economic and military centre, and the birthplace of Emperor Constantine the Great, who has proclaimed religious tolerance throughout the Roman empire and was the first ruler of Rome to convert to Christianity.

Anyone interested in history and ancient Rome should visit the remains of emperor Constantine’s palace in “Mediana” and revive the time of its fame.

Modern-day Niš is an important centre in Serbia. With a population of more than 250.000 people, it is the third-largest city in the country.

Besides numerous historical sites, you shouldn’t miss walking down the city’s main street nor tasting the Serbian cuisine and having lunch in one of its well-known “kafanas” (Serbian traditional taverns).

Get ready for a wide variety of flavours, great barbecue and abundant food portions with a lot of meat and spices but also don’t miss the local “burek” (a kind of cheese pie), a speciality that has its own festival – “Days of burek” – held every September in Niš.

Niška banja (the Spa of Niš) is located just 10 km far from the city, and Sićevačka klisura (the Sićevo gorge) is also near.

When in the city, you can easily arrange an excursion to a natural environment, relax with friends and enjoy the beauty of the area. If you don’t want to organize it yourself, some of the local tourist agencies will do it for you.

How to get to the city of Constantine the great?

Niš is at a crossroads. It is on the European route E-75 which comes from Hungary and branches in two directions: in the south towards Macedonia and Greece (E-80) and in the west through the valley of Nišava River, towards Bulgaria, Turkey and further towards the Middle East. In Niš, the roads separate to the northwest and southwest of the country.

By plane, over the Podgorica airport with “Montenegro airlines” to all the large European destinations: Frankfurt, Moscow, Dusseldorf, Rome, Vienna, Zurich, London and Paris.

Niš is also well connected through railroads with Serbian and European destinations.

All regional and international buses come and go from the main bus station in the vicinity of the Niš fort.

When you are already here, don’t miss…

Walking along the quay next to Nišava, and coffee in the thick shade of the Niš Fortress.

The main street will take you to the monument to Stevan Sremac and Kalča, where you should definitely turn into the cobble street “Kazandžijsko sokače”, and fell the spirit of old Niš.

Don’t miss talking with the people from Niš and experiencing the warmth and hospitality of the southerners.